“This is going to work, Steve.”

After the events of Avengers: Infinity War, half of the universe's population disappeared. As one of the most compelling characters in the Marvel Cinematic Universe, Black Widow’s hand-to-hand deadly combat skills are unmatched.

Hot Toys present the Black Widow Sixth Scale Collectible Figure ! Black Widow is a master assassin and a founding member of the Avengers.

Delicately crafted based on the appearance of Scarlett Johansson as Black Widow in the movie, the figure features a newly developed head sculpt with remarkable likeness and a beautifully braided hair sculpture in her distinctive color. This sixth scale figure also features a tactical battle suit styled with red markings, highly detailed weapons including articulated pistols, batons and a movie-themed figure stand with an interchangeable graphic card.

- One (1) pair of hands for holding pistols

- One (1) pair of hands for holding batons

One (1) black-colored belt with pistol holsters on thighs

One (1) pair of black-colored platform boots 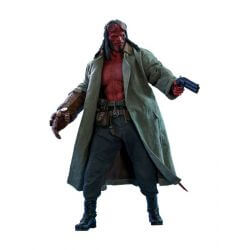 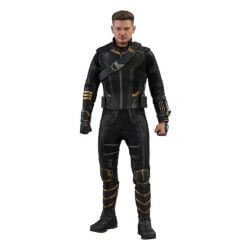 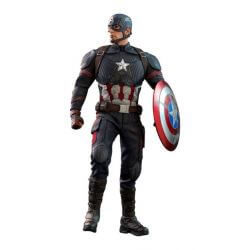