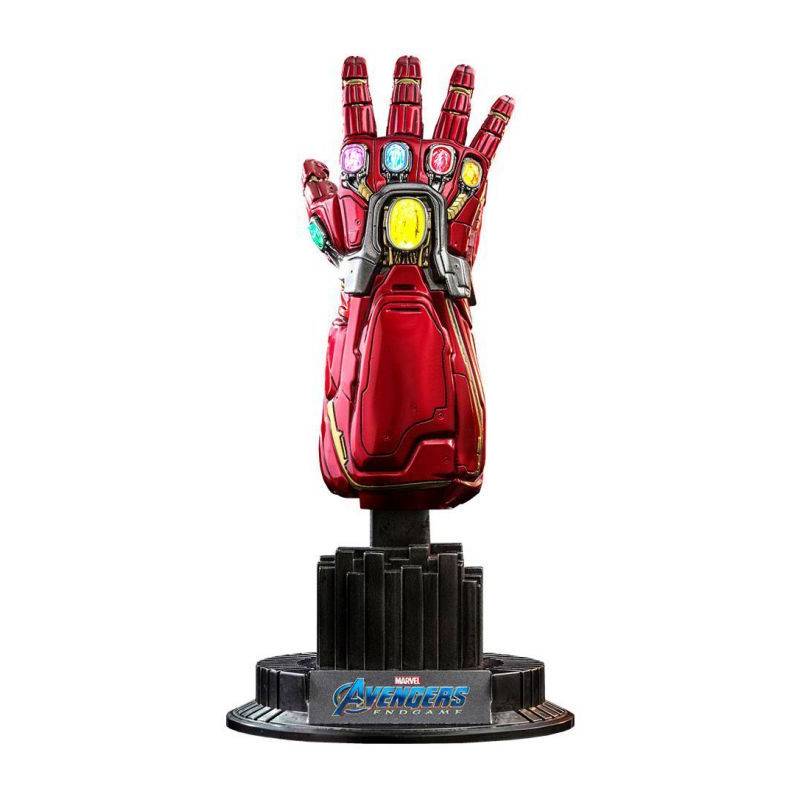 The end is finally here. Set to be the grand conclusion to 22 movies in Marvel Cinematic Universe, Avengers: Endgame has brought fans tons of memorable scenes filled with emotion and some of the greatest laughs. In the final showdown against Thanos, Iron Man decided to wield the Infinity Stones on his own Nano Gauntlet. Snap and save the universe, despite the fatal toll it takes.

Measuring approximately 19 cm tall, the newly introduced collectible features authentic details of Nano Gauntlet with phenomenal painting, six LED light up Infinity Stones with two lighting modes including solid light effect and pulsing light effect, articulations on individual fingers developed for movements and poses, and a specially designed custom base with movie logo that will hold the gauntlet in an upright position.

This movie promo edition of Nano Gauntlet collectible will surely be a phenomenal masterpiece for all Marvel fans’ collection!

Expertly crafted with authentic details of Nano Gauntlet based on the design work from Avengers: Endgame in early production stage