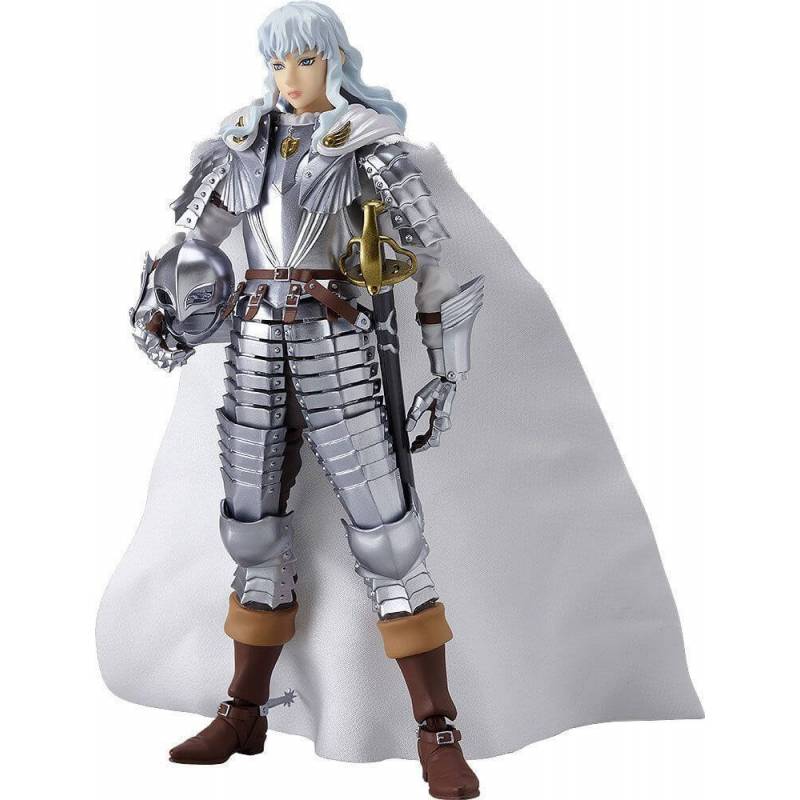 The charismatic founder of the Band of the Hawk, with great ambitions for the future.

From the animated film, 'Berserk' comes a rerelease of the figma of "White Hawk" Griffith, the founder and leader of the Band of the Hawk !

Using the smooth yet poseable joints of Figma, you can act out a variety of different scenes.

A flexible plastic is used for specific areas, which allows proportions to be kept without compromising posability.

He comes with a standard expression, as well as an confident expression, keeping an eye on his opponent.

His sabre is included, which can he sheathed away or equipped for battle. His helmet is also included and can equipped.

A cloth mantle is also included which can be attached and removed.

A poseable Figma stand is included, which allows various poses to be taken.