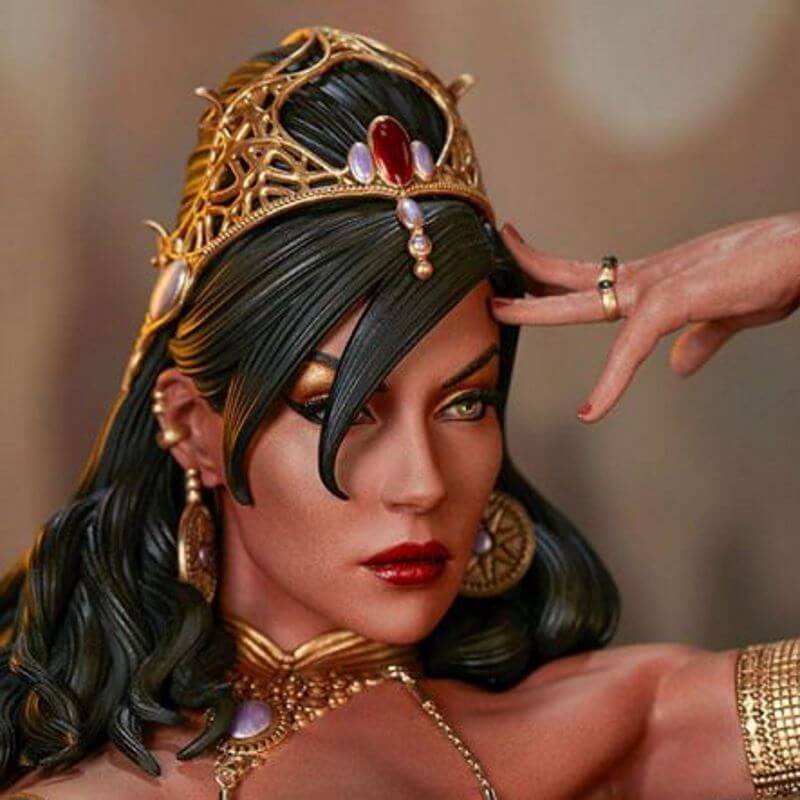 “A warrior may change his metal, but not his heart.”

The Dejah Thoris Premium Format™ Figure measures 14” tall and 16” wide as the red Martian royalty lounges on a chaise decorated with sumptuous sculpted sleeping silks. The floor of her private room depicts a detailed map of the alien world of Barsoom, or Mars to us Earthlings.

Colored stones denote the various cities of the world, the largest of which marks Dejah’s own empire of Helium.

The Dejah Thoris Premium Format™ Figure is a vision of regal beauty, sculpted in polystone and draped in metal chain jewelry that is customary of the inhabitants of Barsoom.

The Princess of Helium is also adorned in a number of highly-wrought ornaments, from her golden bracelets and earrings to her jeweled crown. Dejah Thoris is a capable adventurer in her own right and comes armed with a radium pistol as she awaits the arrival of John Carter.

An ornate Martian vase can be placed on the base alongside the figure or removed as desired, adding to the environment of the strange desert planet.

Bring home the world of Barsoom and add the Dejah Thoris Premium Format™ Figure to your collection today! 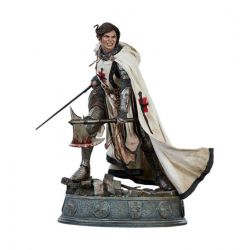